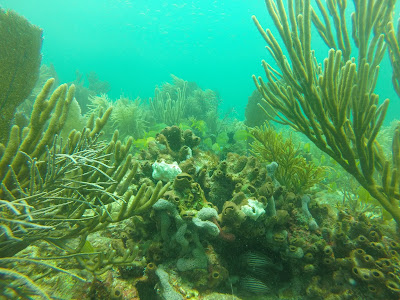 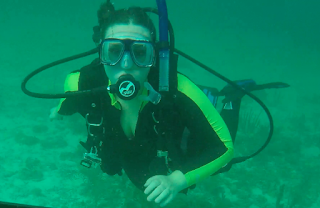 In April of 2016, I decided to do something totally new with my life: get my scuba diving certification. At the end of Spring semester, I decided to look into Creative Inquiries to join for the upcoming year. I just so happened to be taking Behavioral Ecology with Dr. Michael Childress when he presented some information about the Conservation of Marine Resources (CMR) Creative Inquiry to the class. I quickly looked into how to apply to join the team. During the interview process, I discovered that the students on the team are offered a chance to go down to the field in the Florida Keys and scuba dive to gather data for research projects. When I received the email offering me a position on the CMR team, saying I was ecstatic would be an understatement. I immediately joined a scuba diving class led by Kylie Smith to receive my scuba diving certification. 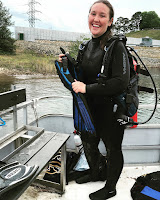 Being able to breathe underwater was one of the most surreal moments I have every experienced. Since I was a child, I have always been fixed on water. I loved being in it and learning about the creatures that lived there. Now I would be able to swim among them. Even though my first underwater experience was in a ten foot pool located in Central, South Carolina, I could not shake the feeling of amazement that being able to sit underwater, breathe, and watch people swim above gave me. Fast forward to July and I was headed to the Florida Keys. After joining the CMR team members that had already been there for most of the summer, we prepared for a week's worth of diving. 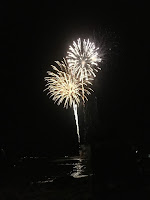 My first ocean dive was logged on July 4, 2016. As the nation was celebrating it's independence from Great Britain, I was celebrating my independence from land. While collecting data throughout the week, I saw first hand so many of the creatures I never thought I would be able to interact with. From sea turtles and lion fish to sharks and barracuda, I saw a large variety of underwater organisms. I was even lucky enough to spot a manatee one of my last days in the Keys. Out of all the fish that I was able to see, the vibrant colors of the rainbow parrotfish made it my favorite. I also now have a special place in my heart for both the stoplight and redband parrotfish after following them around their territories. Throughout the upcoming year, Abby Ehlers and I will be analyzing the data we collected regarding their territories and hopefully will be returning to the Florida Keys for spring break the with rest of the CMR team. I will never forget the diving that I experienced this summer and look forward to more diving in the spring. 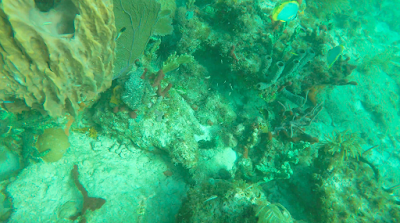