Not a Goodbye Just Yet

Two and half years ago I began my journey with this team. Now, as I see the end of the tunnel and the start of another, I begin to reflect on that time. In this lab I was able to meet great people, contribute to research that had meaning, and live my dream of being a marine biologist. It wasn't easy, and it wasn't always as fun as they make it seem on tv, but it is something I would never take back. Something I will never take for granted. 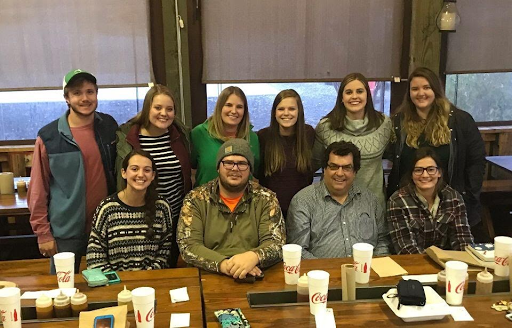 As I write this, I look back at where I began, the new guy from engineering who knew only the names of a bunch of fish. For a moment there I thought I'd be over my head, but that wasn't the case at all. Because the people around me cared so much, they were there to help me learn and become essential to this team. Whether it was learning CPCe at the beginning, or statistics at the end, there was always someone there to help. 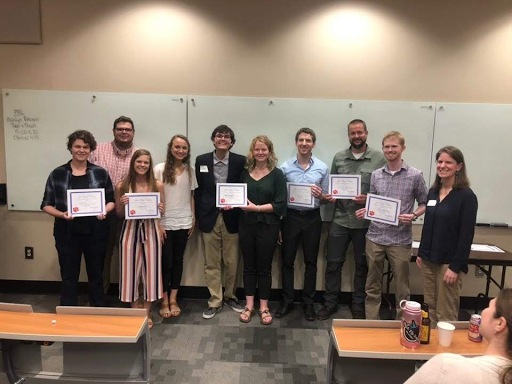 The work that we've been doing these last few years was monumental. The shear amount of data that was collected and analyzed was truly something. We looked at thousands of fish over the years and from that we were able to draw many conclusions about our coral reef communities. Also because of this, coral reef restorers have better insight and knowledge of the fish community. That is why this means so much. 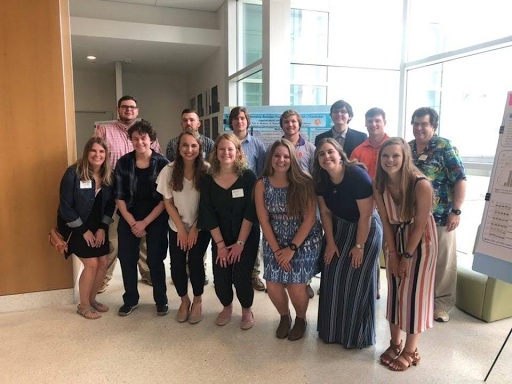 I wanted to end on a goodbye, but I don't think that will be necessary just yet. While I may be graduating with a degree in Bioengineering in December, I will also be starting a Masters of Science with that same department in January. So, I will still be around; just not in any official capacity. I hope to see more great things from this lab in the future! Also, I know I'm writing this now in November when we still have one more meeting, but I had to write it at some point. 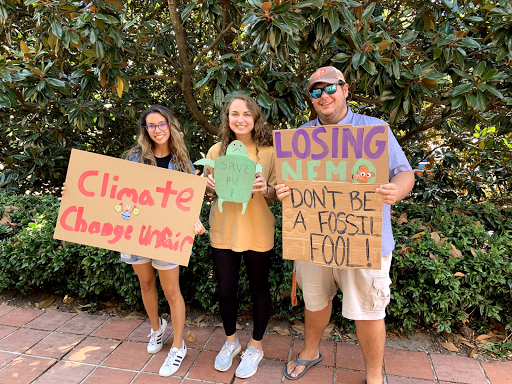 Thank you Kara, Dr. C, Kelsey, Kylie, Mason, Emma, Rachel, Kristiaan, Reanna, Caroline, Rob, Riley, Stephanie, all the new people from zoom, and everyone else! I really hope I didn't spell those wrong.

This past summer was originally supposed to be the best summer of my life, backpacking across Europe and going on South African safari rides. But, as many can probably relate, that all came crashing down around me in March when the world shut down due to coronavirus.

Still, it’s hard to complain about quarantining at home when home is on the south shore of Long Island and a 5 minute bike ride from the beach (although, it would be nicer if there were places to go diving).

I found things to occupy my newly found free-time, including relaxing at the beach and working as a hostess at a seafood restaurant. The amount of times I had to remind people to put their masks on, and got yelled at for it, is too many to count.

My favorite activity though, was working as a virtual volunteer for the New York Aquarium. Even though the zoos were all closed due to Co-vid restrictions, they still wanted to provide opportunities for the public to connect with the animals and continue to learn. As a Discovery Guide volunteer, I worked on a team to put together interactive and educational activities for kids that could be accessed virtually. It was such an amazing feeling to know I was helping people stay in touch with the aquarium even if they couldn’t visit in person, and give them something fun to do during the boring days of quarantine. It also taught me a lot, as I learned about the different animals that lived at the aquarium, and listened to seminars from professionals in the conservation field. 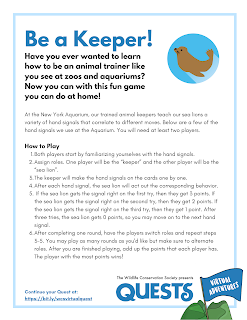 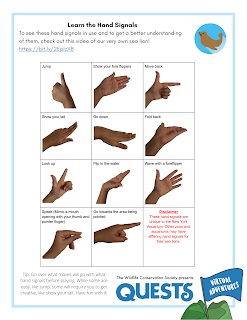 Here's an example of one of the activities we made.

But I was more than ready to come back to Clemson in August for the fall semester. I participated in Something Very Fishy spring semester of my freshman year, and now as a sophomore, this is my first semester with the Dr. Childress lab. Growing up by the coast, I’ve wanted to pursue marine conservation for a while, and worried about finding a research lab that interested me in the forestry-heavy focused areas at Clemson University. That made finding and being able to participate in the Childress lab so exciting, and I’m excited to continue, especially on the project I’m working on now concerning marine debris and how it affects organisms.

Posted by lauren at 9:21 AM No comments: