A Summer with a New Perspective

This summer I went on 2 medical mission trips.

My first trip was to Peru. I had no idea who I was going with and what I was doing. All I knew was that I was about to embark on an adventure of a life time. I got on the plane by myself flew 9 hours to Lima, Peru. When I got to the airport, no one spoke English and I started to get really scared of what I signed up for. I traveled 12 hours by bus  through the mountains to where I would be staying for a month. There was 13 of us on the trip. Those were 13 students I have never met before and that would be considered family after just one month of knowing them. When we got to Peru, we all went to where we would be staying. We all lived in a shack in the heart of La Merced, Peru. Many people in this town had never seen Americans. I got a lot of questions from kids, “Why are you white?” We giggled and tried to explain to them that throughout the world, different countries have different looking people. It was really cute to see their reactions. In the morning we had clinical rotations. We would go into the hospitals and help the nurses who have to check up on hundreds of babies in one day. We took their vitals and helped in any way we could. We also worked in the emergency rooms, we put on casts, sutured, scrubbed in on surgeries. It was amazing the freedom that we had in the hospitals. As well, we shadowed different doctors like orthopedic surgeons, general surgeons, ect..  Unlike in the US, when volunteering in hospitals you are allowed to touch the patients.

Even though there was a language barrier, just a smile or a laugh is universal which I learned at my time in Peru. I connected with so many people just by expression. I also did learn a lot about Spanish there as well. By the end I could carry a conversation with the natives. 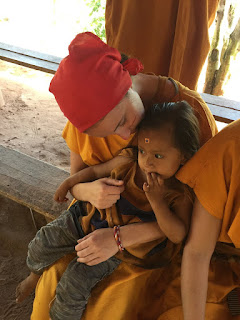 In the afternoons, we went to native indigenous communities and held Health campaigns. I really enjoyed this. Although their living conditions were really hard to see, they always kept a smile on their face. They didn't have running water, or drinking water. They would suck the oranges that grew on the trees for hydration. We also had to dress and look like the other members of the tribe. It was really cool to see all their different traditions and their lifestyles. They still keep their culture alive after hundreds of years. I firmly believe that knowledge is power. We taught them all about sexual health. The women in these communities would be pregnant at 13 years old. We really wanted to educate because in their communities, talking about sex is not acceptable. We also took their vitals and did full physical exams on them. I learned all the medical techniques, and people were very thankful for all that we had done. Another big problem there is, is nutrition. A lot of the people are malnourished, or overweight from eating just carbs and fat because those are usually the cheapest options. We provided pictures and information to help them have a healthier diet. Also I loved playing with all the little kids. The biggest problem I saw with the children is they don’t brush their teeth because they cant afford tooth paste or tooth brushes. We would go into the communities and schools and brush every single one of their teeth and apply fluoride on it. It was amazing how excited they were and appreciative they were.  It was an experience that I will never forget. It taught me to be appreciative of everything little thing I have, even a toothbrush. 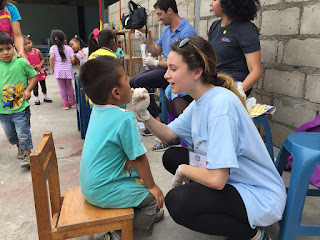 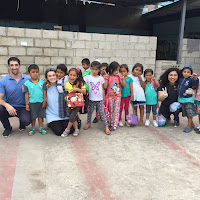 I could talk about Peru forever because it was by far the most amazing things Ive done in my life. I would take anything to back to it.

After I got back from Peru, I went to Costa Rica for my next medical mission trip. There we set up free clinics and went door to door looking for sick members of the community. These people lived in shacks which was really sad to see. Most of the people whom were sick were immigrants of Nicaragua and didn’t have any health insurance. We got to take a full physical exam and take their vitals. We also took their medical history and found out what could be wrong with them. It allowed us to feel like we were the doctors and I think that made me want to be a doctor. There was also a lot of sick babies which was really sad to see so I really enjoyed holding them or even if there mother was sick, get to hold the babies while the mother had a consultation. Most people that were sick, received medication from the pharmacy. We had certified doctors there prescribe the medicine, because we obviously couldn’t. These people had such appreciation that we would help them and listen to their problems. It was really nice to see. Overall, I had one of the best summers of my life! 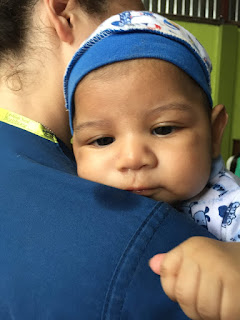 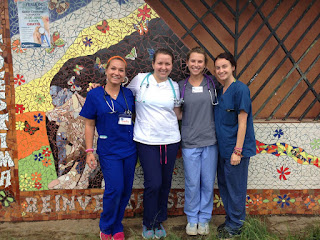 Posted by Haley Krachman at 1:25 PM