This summer I traveled to College Station, Texas to visit my aunt. I left June 1st and remained there for the entire month and it was such a fun experience! My aunt took me to multiple free concert series going on throughout the summer, one of which was called Dwayne Doopsie and the Zydeco Hellraisers. They are a very unique band that has been nominated for a Grammy and have such a fun sound! The lead singer plays an accordian and literally rips on it. I highly suggest you search for them and listen to their music! We also had the opportunity to explore Texas A&M as it was 5 minutes away from the house and it's quite a unique school. In some ways its similar to Clemson as the town is very much a college town so its a lot quieter in the summer with all the students gone. However, it has a big country twist to it compared to Clemson. People wear cowboy hats, huge belt buckles and occasionally say "howdy." BIG cowboy vibes! It was super amusing and also interesting to see. We also visited the George Bush Library and got to step into his shoes as a young man up until the point he was president. The Bush family is from College Station and often comes to visit the library as well as the university. Unfortunately, they didn't the day that I was there despite the celebration for George Bush Sr.'s birthday. There was cake and ice cream as well as other refreshments there that were free to the public for his special day as well as the museum to explore. Finally, before boarding the plane I stopped at one of my bucket list places: Whataburger. Its such a Texas thing! And I enjoyed it very much.. so much so that my aunt bought me 2 burgers to take back home with me.
I highly appreciated this trip as it allowed me to experience more of the US. Usually I travel outside the country during the summers so I really haven't seen much of the country I've lived my whole life in. So this was a refreshing experience and also a special time to spend with my favorite aunt. 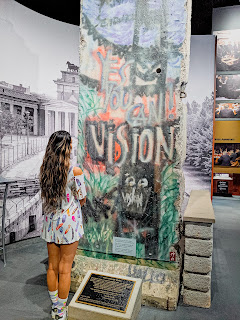 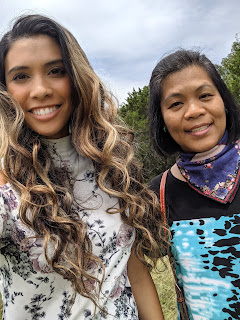 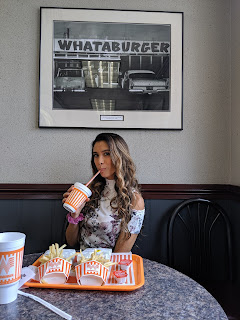 Posted by Michelle Logan at 7:13 PM