This summer was really great for me. I was able to do a lot of diving and I worked in Morehead City like I did last year. I was able to work for Division of Marine Fisheries with the same people I worked with last year. Before I started working, I went with the scuba club to Marathon. We rented a boat and a house and for four days we did as much diving and relaxing as possible. It was one of our best trips and the most fun I’ve had while in the keys with the club. 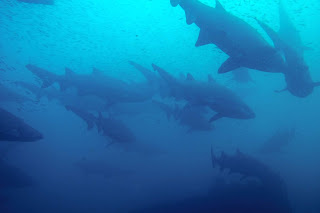 While I was down there, we did a lot of reef diving both shallow and deep. I was able to get more into underwater photography and spearfishing. It was our first time as a club being down in Marathon and also our first time renting a boat. I think it went really well. 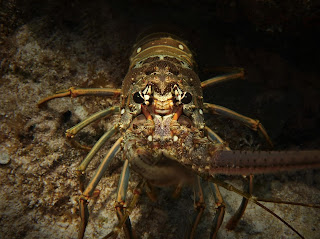 While I was in Morehead I was able to do a few wreck dives. One of the dives we did was on the Carribsea, a WWII wreck that had plenty of sharks and grouper. 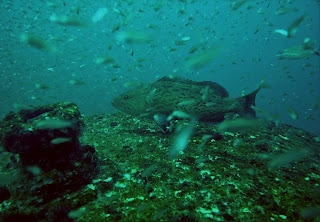 At the end of the summer, I said goodbye to everyone I worked with and my family and I went down to the Keys for the opening of lobster season. We dove two to the three times a day for six day straight. It was hard work but it was worth it because of everything we got to do. By the end of summer I was ready to come back to school to see my friends and get back to work.