Diving into Something Bigger


Growing up I always knew I wanted to dive. From an early age the ocean was part of who I was and I figured the best way to experience more of what it offered, was to learn how to become a diver. So when I was old enough, my dad and I embarked on an experience that gave us the opportunity to do more with the ocean. 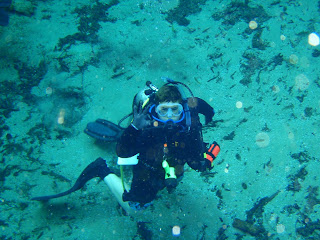 At first it was intimidating, being so young and getting dropped into this new situation, I felt overwhelmed by everything. The way I remember open water, they taught us how to be safe divers, and they told us how to be good divers, but becoming a good diver takes experience. So, my dad and I avoided the dive charter scene and focused on doing what we wanted to do. We dove on our boat or in places we felt comfortable. It was something that we shared a common bond over. For a long time this was the way I dove and I never thought about what else I could do. 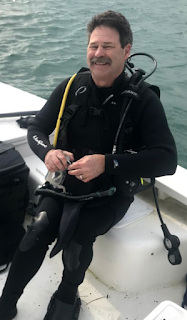 Going into college, I didn't know I was interested in doing more with this skill. I had already turned down my opportunity to stay in North Carolina and study marine biology. I wanted to be an engineer. I wanted to work in medicine and I was afraid my opportunities in marine biology were going to be too limited. All of this changed when I became involved with Clemson's Scuba Club. I met a lot of people who were passionate about diving and wanted more people to share that passion with them. Eventually, I learned about Carlos Barrios' CI in biomimicry and biomimetics. My second semester I joined so that I could help and learn more about diving and research. I learned that, while the content of the research may not be of high importance, the skills we learn are extremely important. Carlos teaches us how to be better divers in recreation and research, something that I value.

I was still missing a purpose to having all these skills, until that night I went to a documentary showing for Chasing Corals to represent my club. It turned out that the representing part wouldn't be until the end of the showing, which meant our team of three people turned into just me, watching a documentary I had seen twice. But, it was what happened before the documentary that peaked my interest. I learned that Clemson had a creative inquiry team dedicated to marine conservation and that focused their research on the Florida Keys. After the showing I asked how I could get involved and I followed up. I had just learned about this team, but I felt immediately that I wanted to be a part of what they were doing.

After the doc showing I got to do some Florida Keys research of my own, collecting lionfish for Dr. van den Hurk with Carlos and our CI team spring break. When I was down in the Keys I got to dive with my future CI team. We had a bit of a misadventure at the Thunderbolt involving some strong current and a submerged buoy before ending the day with a fantastic sunset dive on a shallow reef off of Marathon. It was then that I knew I wanted to do more with diving; I wanted to dive into something bigger.

I am excited to be starting that dive now. 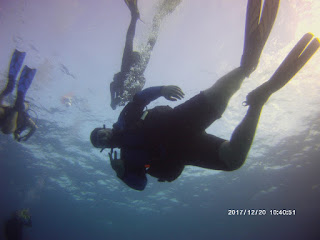